How 5 brands thank their trade to celebrate a milestone anniversary

For brands, their retail and on-trade partners are often contributory to them having longevity, providing them with ready-made access to their consumer.

We turn 20 this year and it has been an opportunity for us to look back, reflect and acknowledge the people who made it happen.

But do brands recognise their trade partners at key milestones? If so, how do they thank and acknowledge the role they have played in them reaching a landmark anniversary?

Here’s how 5 iconic names in food and drink chose to do it.

1. Heinz recognises the value of a trade partner with an exclusive, limited edition product

To celebrate its 150th anniversary, Heinz gave tribute to the role Fortnum & Mason played in the brand’s rise to grace.

To celebrate its 150th anniversary, Heinz gave tribute to the role Fortnum & Mason played in the brand’s rise to grace.

Back in 1886, Fortnum & Mason became the first UK stockist of Heinz varieties and to recognise this, Heinz ran limited edition labels across its 3 much loved products using the infamous Fortnum & Mason Eu de Nil blue colour, including tributes to the store founders too.

The products were exclusively sold at Fortnum & Mason both in-store and online.

Its association with the iconic retailer invariably bolstered Heinz’s brand reputation, yet it re-told well its brand heritage, while also adding to Fortnum & Mason sales.

An associated retailer competition acknowledged the role local convenience stores have had in Walkers becoming the Nation’s favourite crisp.

Convenience stores could upload a picture of their in-store Walkers 70th birthday displays to be in with a chance to win a store make-over and Walkers birthday party for the local community.

The competition encouraged a more widespread and effective roll out of the campaign in-store, yet it also helped its trade to increase their crisps sales, boost their footfall and have a re-fit to boot.

When Spar UK celebrated its 60th anniversary, they invited their wholesalers, suppliers and retailers, along with their families, to a good, old fashioned celebratory party. 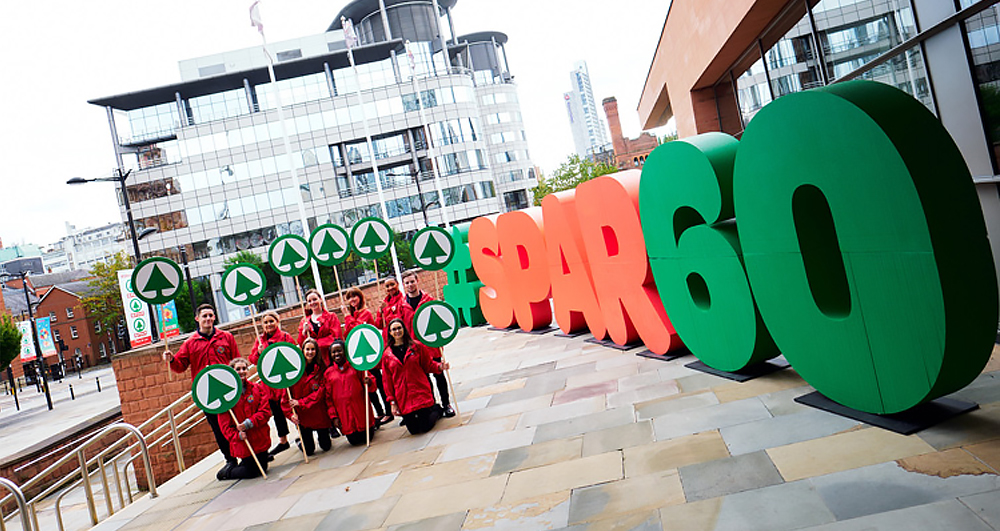 Hosted by TV’s Angela Scanlon, the party included music, a banquet, retailer prizes (ranging from a car to a £12k diamond ring) and opportunities throughout the eve to raise money for Marie Curie, the company’s nominated charity. Three retailing families who had been with Spar since its start were also awarded.

Spar UK organised the party to acknowledge the commitment, hard work and entrepreneurship that their retailers and partners give, which has allowed them to not only reach such a landmark birthday but also to become a leading convenience retailer in the UK.

As part of Fosters 125th anniversary celebrations, brewer Heineken bought back bar games from the 1800.

Fosters vintage bar games ran exclusively in over 5,000 bars across the UK, with drinkers also being given a scratch card for the chance to win an assortment of back in the day games, such as poker dice.

While this promotion did form part of their overall “back to heritage” campaign, it did reward their on-trade partners nevertheless, as the exclusivity of the promotion allowed them to drive their sales by helping to increase the length of time drinkers spent in the outlets.

5. Bacardi turn to their bar trade to re-design the new Bacardi bottle

To celebrate Bacardi’s 153rd anniversary, the renowned rum worked with mixologists and bartenders from across the globe to help them design their new iconic Barcardi bottle.

As bartenders have been key to the legacy of Bacardi, the brand wanted them to also play a pivotal role in the re-design of the bottle.

Guided by their comments, the new bottle is slimmer, with a longer neck, stronger base and more prominent label to make the bottles easier to work with behind the bar.

A master stroke in building brand advocacy in the on-trade.

If you have a landmark birthday imminent, build your trade partners into your celebratory plans. Engaging, acknowledging and recognising them will definitely help you to navigate your brand for the years ahead.

Any cookies that may not be particularly necessary for the website to function and is used specifically to collect user personal data via analytics, ads, other embedded contents are termed as non-necessary cookies. It is mandatory to procure user consent prior to running these cookies on your website.